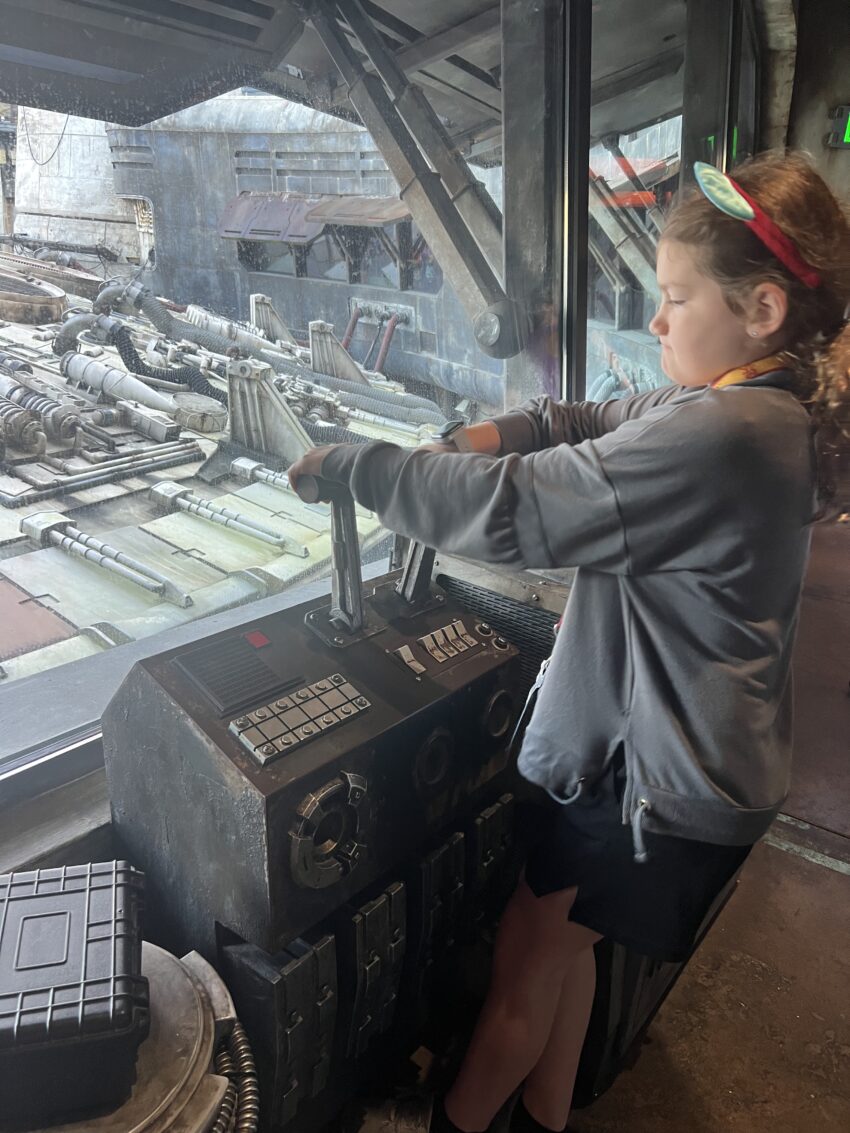 Walt Disney World 1 Day 4-Park Hopper Touring Plan and Tips can help plan the perfect 1 day park hopper. Hit the best rides at Disney World in one day with this plan with out miss the best rides. We had a 1 day park hopper and wanted to put it to good use. If you are looking for a Budget Trip to Disney this might be a good option. We booked the Swan on points which gave us early morning magic hours at Hollywood Studios and evening magic hours at Magic Kingdom. This gave us 17 hours in the park and we were able to enjoy over 25 rides and attractions in 4 parks all in 1 day. But be prepared we walked over 17 miles!

How do you stay onsite at Walt Disney World for free? Earn Marriott points or free night certificates and stay at the Swan , Dolphin or Swan Reserve on points. You will still have to pay resort fees but it’s a minimal cost and you will earn the benefits such as early morning magic hours and even evening magic hours. If you watch the Marriott credit card sign on bonuses you may even be able to snag 5 free 50k free night certificates which can cover 5 free nights at Walt Disney’s Swan and Dolphin resorts.

Having a Plan is so important. Here’s what we did. Keep in mind we were grabbing Genie+ rides as we were able to and our plans adjusted based on the passes. As soon as we swiped through the Lightening Lane I was grabbing another pass. We also purchased Individual Lightening Lane for Guardians of the Galaxy because it was on Virtual Que only which we couldn’t grab since we were starting in Hollywood Studios. While we were at Animal Kingdom I noticed Virtual Que was still available with a 399 minute wait but by the time we arrived at Epcot it was too late.

Arriving at your first park early assures you can get to your first ride and maybe even a second before the regular crowd arrives.

6:45 am Leave for Hollywood Studios

We woke up early and headed out with breakfast packed in our day bag. We then chose to walk to Hollywood studios about 20 minute walk. There are water taxis that will take you right outside the Swan and Dolphin and we were told they leave 45 minutes before park opens and they said also before early morning hours. However, we didn’t mind the early morning walk and felt it would be more convenient then waiting for the shuttle and worrying if it would be full.

When we arrived there was security holding people back away from the gates. they then escorted us at 7am toward the gates and we were able to get in front of the security lines.

Tip: If part of your party is held up by security check, have the rest move forward and get a spot in line at the gates.

What I didn’t realize was the person checking passes was only checking 1 person in the group so we waited for my husband to get his bag checked before passing through to get in line at the ticket entry. This allowed a few people ahead of us but it wasn’t a big deal. Tip: Those that do not have a bag that need to be checked can head to the front to wait in line just make sure you have your magic band or pass to scan. the person having the bag check can always meet up.

The bus didn’t arrive until 4:40 but we still arrived at Epcot Close to 5pm.

** at this point we were feeling exhausted. Questioning if we would make it to Magic Kingdom. We grabbed some food from a couple food booths and sat for a short time eating and just chilling. It really gave us our second wind and we were ready to go again.

We were exhausted but we made it in the park. We were heading back to Magic Kingdom for the Holiday Party the next night so we weren’t stressing to make every ride. Thankfully there was zero wait for most rides except Peter Pan and Seven Dwarfs and we had 2 fast passes to use between 10-11pm when the regular crowds were ending there time in the park. the 11pm-1am times were very quiet

Walt Disney World1 Day 4-Park Hopper Touring Plan and Tips can help you make the most of a 1 day park hopper. Hit the best rides at Disney World in one day with this plan you won’t miss the best. With a little luck and maybe some pixie dust you may make it to everything on your list. Just make sure to be flexible and prioritize so you can cut out the lower priority things if you run out of time.

We had a wonderful trip but it was exhausting. If you are feeling like we did after the trip check out these wonderful trips to take instead of Disney.